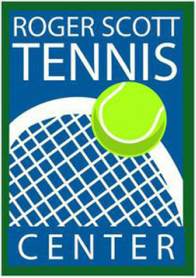 Brock Sakey
Certification: USPTA
Brock graduated from Gulf Breeze High School in 2005, where he made it to the state finals for high school tennis his junior and senior years.

After high school Brock received a tennis scholarship to the University of Central Florida. At UCF he finished his playing career with the most singles and doubles victories in school history. Brock was awarded first team all-conference, Freshman of the Year, and MVP, was captain for four years, and earned national NCAA rankings in both singles and doubles.

After finishing his undergraduate degree in business, Brock earned his master's degree from UCF in Sports Management and Fitness. Prior to joining RSTC, Brock was the Head Tennis Professional at Rolling Hills Country Club in Wilton, Connecticut.

Brock enjoys teaching tennis to all levels of players and truly loves the game. He is USPTA certified and loves growing men's, ladies, and junior programs.

Patrick Bateman
Certification: USPTA
​Patrick started playing tennis at the age of 4, becoming one of the top ranked juniors in the state of Florida. He attended the University of West Florida on a tennis scholarship where he received a bachelor’s degree in communication.

In 2008 while playing for UWF, Patrick finished with a record of 16-0 in singles and 24-2 in doubles, earning him the Gulf South Conference Freshman of the Year Award. His doubles partner Nicolas Barrientos went on to be ranked top 75 in the world in doubles.

After graduating from UWF Patrick moved to Bradenton, Florida where he worked at IMG’S Nick Bollettieri Tennis Academy. While working at the Bollettieri Tennis Academy, Patrick was also the Assistant Head Coach for the State College of Florida, working with head coach Betsy Nagelson McCormack, a former WTA doubles grand slam champion. The two teamed up to take SCF to the National Junior College Tournament in the school’s second year of existence.

Patrick has lived in Pensacola for a total of 10 years. Patrick’s teaching philosophy is have fun, develop great practice habits, and have a positive attitude. These things will lead to success on and off the tennis court. 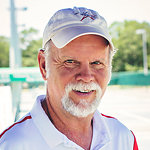 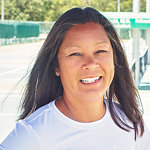 Rita Dotson
Certification: PTR Professional/USPTA Elite Professional
Coaching Specialties: Doubles strategy and private lessons on shot technique
Best Shot: Buggy-whip forehand, maybe not the best shot, but certainly a favorite!
Favorite Shot to Teach: The serve
Tennis Philosophy: There are two major factors under your control (on the tennis court and in LIFE): Attitude and Effort - A positive attitude whether winning or losing, and honest-to-goodness effort will take you many places.
2013 USTA 10 & Under Tennis Award; 2016 USPTA District Pro of the Year Florida Division (District 1)
​Rita is the Director of Tennis-4-Everyone, a non-profit organization that provides free tennis instruction to inner-city youth. Please contact Rita for more information about supporting this wonderful program with your financial contribution or by volunteering your time and talents. 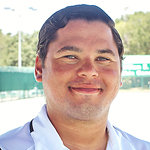 Sean Edwards
Certification: USPTA Certified Professional 3
Best Shot: Serve and volley
Tennis Philosophy: "Let your racquet do the talking!"
Sean attended Bollettieri Tennis Academy for a year and was in the top 50 players in Florida every year as a junior player. 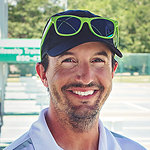 Paul Einhart
Certification: USPTA Certified Professional 2
Coaching Specialties: "I will teach any lesson for any player of either gender at any level. I really enjoy getting a fresh beginning player and seeing them progress. So anyone can BRING IT ON and come have some fun."
Best Shot: Topspin forehand
Favorite Shot to Teach: The serve
USTA: Local, Distict, Regional, & State Champ in various levels and leagues 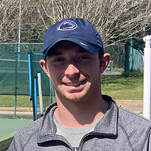 Henry Gordon
​Certification: USPTA Certified
Henry graduated from New Braunfels High School in New Braunfels, TX in 2015 where he won the state finals his junior and senior years. His highest junior rankings were 17 in the country in singles, and 1 in the country in doubles. He received a tennis scholarship to Penn State, playing predominantly line 4 singles and line 2 doubles, as well as earning second team all-conference in his sophomore season. Henry was also a captain for his junior and senior season, and an assistant coach on the team for one year following his time competing.
With a degree in Kinesiology, Henry worked as Head Tennis Pro at The University of Pennsylvania in Philadelphia. He enjoys teaching tennis to all levels and truly loves teaching the game to others who feel passionately about the game. 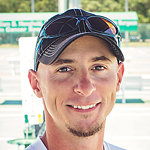 Josh Koivu
Certification: USPTA
Coaching Specialties: 10 & Under, High School and Tournament players...but prefer anyone willing to learn!!
Best Shot: Backhand
Favorite Shot to Teach: Two-handed backhand
Tennis Philosophy: Play to Win!!
Originally from Michigan, Josh attended Ferris State University's Professional Tennis Management Program and has 15 years teaching experience all under some great names in the tennis industry - but his biggest achievement is being a positive influence in many people's lives! 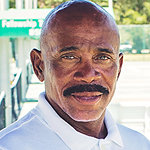 Linsley McMillion
Best Shot: Backhand
Favorite Shot to Teach: Two-handed backhand
Tennis Philosophy: Stay Positive and Have fun!
Linsley has a talent for motivating his players to give their best effort and utilize smart strategies and shot selection. Linsley's an especially great coach for the left-handed youngster as he himself plays left-handed. 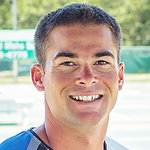 Sierra Nellessen
Certification: PTR
Coaching Specialties: Sierra loves working with juniors. She started at age five and is passionate about being the coach that makes them fall in love with the game. She also enjoys working with players who want to take it to high college level play like she did.
Best Shot:  Backhand down the line
Favorite Shot to Teach: The Serve - the most powerful tool in tennis.
Tennis Philosophy: NEVER give up. No matter how far behind you are, no matter if you don't have the technical capabilities of your opponent, play your heart out and have fun! She played division 1 college singles and doubles at Northern Kentucky University. ​Diana Vlad
Diana started playing tennis in Romania, and continued playing after moving to Germany at age 14. She received a scholarship to UWF where she competed for the women's tennis team and earned a bachelor's degree in international studies. She then worked at Stoltenkamp Tennis Academy in South Africa as a tennis and fitness coach for top junior players. In January 2021 she returned to UWF as assistant coach for the women's tennis team. She is pursuing her master's degree in strategic communication and leadership.